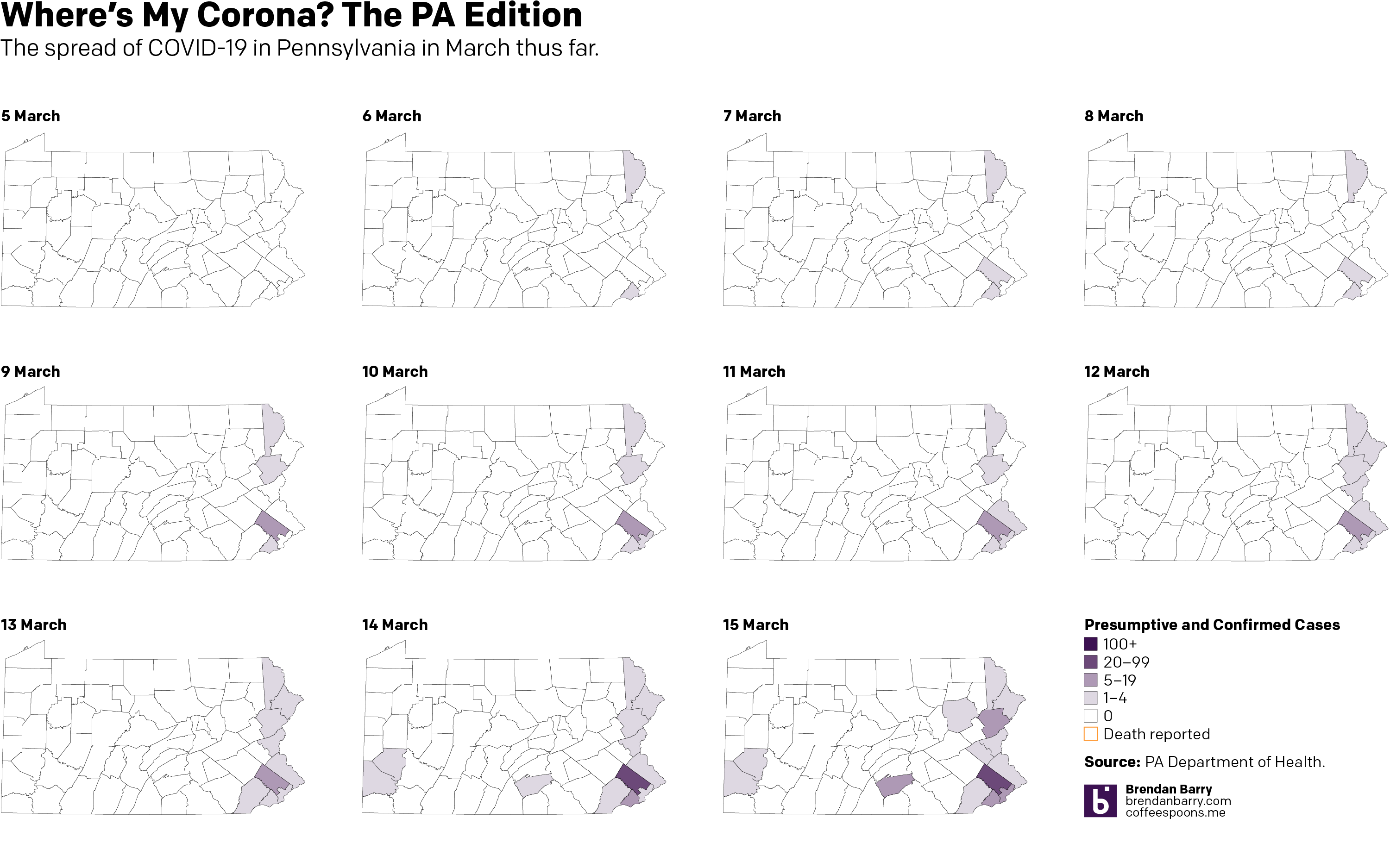 Apologies for the lack of posting the last few months. There are several things going on in my life right now that have prevented me from focusing on Coffee Spoons as much as I would like. I will endeavour to resume posting, but it might not be the daily schedule it had been for at least a little while longer.

Onwards and downwards to the title—one of the dumbest, stupidest, worstest things the Boston Red Sox have done. At least in my lifetime. But also probably in all time. Except Babe Ruth to the Yankees. Also dumb. I’m so upset by this trade I’m using my words good.

The Red Sox had some financial difficulties, or so they claimed. Their payroll was one of the highest in baseball and was over an arbitrary line called the luxury tax, above which teams incur penalties. Repeat offenders pay increased fines, lose draft picks, &c. Boston was a repeat offender and was set to be again with several large contracts on the books.

Instead of sucking it up for a year and fielding a competitive team, the Red Sox dumped a huge chunk of their salary by trading away their star player, maybe baseball’s second best, and their second best pitcher. For a good, not great, outfielder, a fringe-y second baseman, and an even fringier catcher. But mostly they got salary relief. And the 2020 Sox are going to be painful to watch.

Anyway, I made a graphic about this complete suckfest. Because it sucks.

Credit for this awfulness goes to Chaim Bloom, the new president of Red Sox baseball operations. But the graphic is mine.

Next week is Thanksgiving and for me that means no pub trivia next week. So ahead of a two-week gap, here are our latest (and greatest?) in trivia scores. We won some, we lost some. And we definitely blew some. The key, as always, remains score points before music. Because we do not know music.

Credit for this piece goes to me.

John Bercow is no longer the British Speaker of the House. He left office Thursday. Fun fact: it is illegal for an MP to resign. Instead they are appointed to a royal office, in Bercow’s case the Royal Steward of the Manor of Northstead, that precludes them from being an elected MP. Consequently the House of Commons then had to elect a new Speaker.

For my American audience, despite the same title as Nancy Pelosi, John Bercow had a very different function and came to it in a very different fashion. First, the position is politically neutral. Whoever the House elects resigns from his or her party (along with his or her three deputies) and the political parties abide by a gentlemen’s agreement not to contest the seat in general elections. (The Tories were so displeased with Bercow they were actually contemplating running somebody in the now 12 December election to get rid of him.) Consequently, the Speaker (and his or her deputies) do note vote unless there is a tie. (Bercow actually cast the first deciding vote by a speaker since 1980 back in April.)

Because the position is politically neutral, all MPs vote in the election and debate is chaired by the Father of the House, the longest continuously serving MP in the House. Today that was Ken Clarke, one of the 21 MPs Boris Johnson booted from the Tory party for voting down his No Deal Brexit and who is not standing in the upcoming election. The candidates for Speaker must receive the vote of 50% of the House. And so they are eliminated in successive votes until someone reaches 50% of the total votes cast, though not all MPs cast votes, since some have already started campaigning. (Today there were 562, 575, 565, 540 votes per round.)

Notably, today’s vote occurs just days before Parliament dissolves prior to the 12 December election. Bercow, who chose to retire on 31 October, essentially ensured that the next Parliament will have a Speaker not chosen what could well likely be a pro-No Deal Brexit, one of the things which the Tories have against him.

So all that said, who won? Well I made a graphic for that.

Credit for the piece goes to me.

So another Wednesday, another pub trivia night. But two weekends ago, I attended the wedding of a good mate of mine down in Austin, Texas. And at his rehearsal/welcome dinner, he and his now wife had a trivia game. How well did their guests know them?

Turns out my friends and I, not so much. And I can prove it, because I documented our score after every round in my sketchbook.

Credit for this one is mine.

Yesterday Canada went to the polls for the 43rd time. Their prime minister, Justin Trudeau, has had a bad run of it the last year or so. He’s had some frivolous scandals with wearing questionable fashion choices to some more serious scandals about how he chose to colour his face in his youth to arguably the most serious scandal where an investigation concluded improperly attempted to influence a criminal investigation for political gain. (Sound familiar, American readers?) Consequently, there was some chatter about whether he would lose to the Conservatives.

But nope, Trudeau held on.

So this morning I charted some of the results. It was a bad night for Trudeau, but not nearly as bad as it could have been. He remains in power, albeit head of a minority government.

Credit for the piece goes to me.

This afternoon I am off on a flight to Austin, Texas for a friend’s wedding in nearby Kyle, Texas. Two years in a row I’ve been to Texas in October. And so that felt like a good enough reason to update my counties visited map that, according to my files, I haven’t updated since 2015.

In those four years, before I moved from Chicago to Philadelphia, I explored Wisconsin for genealogy purposes. Then after said move, I have visited Las Vegas for bachelor party—now the furthest west in the United States I have ever visited. And work trips have sent me to St. Louis and Dallas, the former of which allowed me a nice train ride from St. Louis to Chicago across central Illinois. I have also done some genealogy research up in western New York bookending a bachelor party to the Finger Lakes.

At a state level that makes 23 states visited plus two through which I’ve travelled (Connecticut and Rhode Island). Plus I’ve visited DC. Almost halfway there to visiting half the United States.

With the wedding Saturday, I am on holiday Friday. Plus, Monday is a bank holiday and so I will be posting again from Tuesday.

Another week, another Wednesday, another night of pub trivia tonight. So after several weeks of disappointing scores and placement, the last few weeks has seen us triumphantly returning to second place. And so what better way to show that than showing our rank at the end of each night.

More encouragingly, as the line chart shows, we’ve been becoming more competitive. Our number of points behind the first place team has been dropping. Last week, for example, we were only one point off from first place.

Credit for this is mine.

And now with more deaths.

On Friday, Pennsylvania reported its first death from the vaping disease spreading across the country. So I decided I would take a moment to update the map I made a month ago charting the outbreak. Then, the CDC had tallied 450 cases. Now we are at 1080. And whereas last time New England, parts of the deep South, and the Southwest were untouched, now the disease is everywhere but New Hampshire and Alaska.

But we are starting to see a pattern in a clustering of high numbers of cases around Lake Michigan and the Upper Midwest. Though I should point out these bin breakdowns come from the CDC. They did not provide more granular data.

Credit for this piece goes to me.

So the Prime Minister has misled the Queen. He has failed to pass all but one bill in Parliament (it was a bill for the restoration of the Palace of Westminster totally unrelated to Brexit). He lost three seats, one via a by-election and two by defecting MPs. And then he purged 21 MPs from his party to completely obliterate his working majority. In any other year, this would be cause for the immediate resignation of the Prime Minister. Instead he is sticking around in New York to give a speech about, what else, Brexit, before flying back to London tonight (Eastern US time).

So what’s next? Who really knows. This has never before happened in the history of the United Kingdom. But one possible option is that the opposition parties may hold a no confidence vote. But there will be significant pressure against that, because, as my graphic shows, any election that would likely result, would mean Brexit happening with Parliament dissolved. And that would, ahem, defeat the entire purpose of preventing a No Deal Brexit. Consequently, a no confidence vote or general election is unlikely. (Unless, the opposition and Tory rebels can agree to a non-Jeremy Corbyn caretake prime minister, e.g. Ken Clarke or Margaret Beckett.)

Regardless, get ready for a crazy day of Parliamentary procedure tomorrow.