We are warming the planet. And like ice cubes in a glass of water on a hot summer’s day, Earth’s ice caps will, over the course of centuries, begin to melt and contribute to a rise in sea level. Unfortunately, most of the world’s population lives close to shorelines or the rivers connecting continental interiors to the sea. The world for the generations of children following us may very well look much different than it does today.

The New York Times uses an interactive piece to show how sea level rises will impact coastlines and inland ports in the United States. Using a slider, the user can investigate sea level changes of the expected five feet over the next one to three centuries, or two longer-term scenarios that are not yet certain but possible. Below are a few of the 24 cities and metropolitan areas.

In Philadelphia, a rise of 25 feet inundates South Philly, Old City, Fishtown, Kensington, Port Richmond and the other neighbourhoods close to the Delaware. The Jersey Shore still exists. It has just moved dozens of miles inland. The Cape May Peninsula is well submerged.

Credit for the piece goes to Baden Copeland, Josh Keller, and Bill Marsh.

What words are more synonymous with Christmas than data visualisation? Okay, well probably any other words. For most people. But for family, friends, and co-workers I printed my usual infographic Christmas card. But for those of you who only come to my blog, I created a digital, online version.

With Palestine admitted to the United Nations as a non-member observer state, the Middle East tensions between Israel and Palestine have reached a new level. Regardless, Palestine may now have access to international institutions and is closer to being a recognised, sovereign state. Toronto’s National Post published a large infographic looking at the state of Palestine and how the two non-contiguous territories of the West Bank and the Gaza Strip compare to each other.

Credit for the piece goes to Richard Johnson.

The Washington Post looks at sleep and how lack thereof may lead to various health problems, including Alzheimers, diabetes, and others. Maybe this means I have a reason to sleep in the mornings now…probably not. 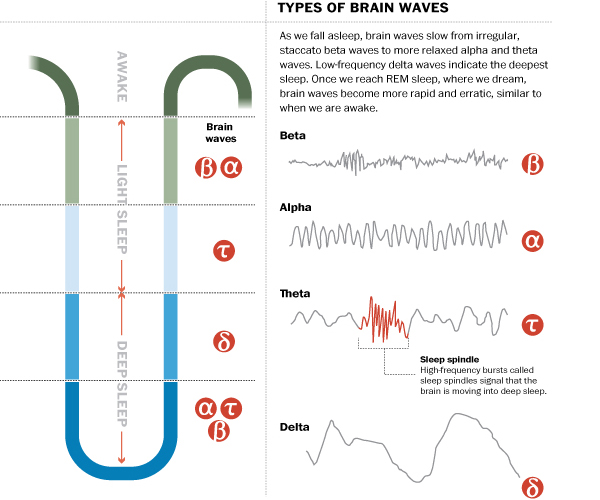 Credit for the piece goes to Bonnie Berkowitz and Alberto Cuadra.

Later this month the Affordable Care Act mandates states decide on how they wish to implement the state healthcare exchanges. The Guardian’s US interactive team has created this interactive application to track the state decisions. Each state is clickable to provide further details on what has been decided.

Credit for the piece goes to the Guardian’s US Interactive Team.

The point is taxes. After an election that focused so heavily on them, we’re still debating them. But here are some facts about them from the New York Times. The designers, Mike Bostock, Matthew Ericson, and Robert Gebeloff used small multiples of line charts—and lots of them—to look at who pays taxes by income band and how they pay different types of taxes. I found particularly interesting the points made near the bottom of the piece about how the progressive tax system is increasingly less so.

But how do these taxes compare to spending? In a separate graphic for the same article, a stacked bar chart compares revenue to expenditure. With the exception of the balanced budget during President Clinton’s administration, we have been outspending our revenue since 1980. While statements to the effect of the US national budget needs to be managed like a US household budget are both overly simplistic and naive, there is a truth in a long-term mismatch between revenue and expenditure might cause problems. That is why many see the deficit and our debt as a medium-term problem facing the United States.

The Economist often does clear, concise graphics to accompany their articles. And from to time they also do more interactive works  that allow a more in-depth exploration of data. And then sometimes they do awesome maps like this. The realms of GAFA.

Credit for the piece goes to David Parkins

California is a big state. That means that any recovery from the recession will be uneven. But as the New York Times showed Wednesday, that unevenness falls upon the divide between coastal and inland areas.

On Thanksgiving, the Economist published an interactive map that looked at Mexico across three metrics: murders, murder rates, and population. Mexico is one of the more populated countries in the world, but it is also one of the most dangerous. In the middle of the previous decade, the Mexican government began to crack down on the drug cartels. But the cartels have violently resisted. Very violently.

The map is nothing new. It labels different Mexican states by comparing their statistics to those of countries across the world. For example, the state of Chihuahua in northern Mexico, one of the “fronts” of this new drug war, has a population of 3.41 million people. The total number of murders so far this year is 2,350. That is only six murders fewer than in the entire country of the Ukraine. Did I mention the population of the Ukraine is over 45 million. More than ten times the size of Chihuahua. And the comparisons go on, though as the map clearly points out the distribution is not uniform.

In terms of interactivity, a nice little feature is the filtering of the map by the legend at the bottom. Hover over one of the bars and only those areas appear coloured in the map.

The New York Times breaks down the 2012 presidential election results at the precinct level. It shows that despite the city being a bulwark of Democratic support, areas of deep Republican support still exist.