Two hundred years later, and the US Navy is again in action off the shore of Tripoli. Except instead of calling it the Barbary Coast, we now typically see the name the Maghreb. Things will surely be fluid and changing far faster than I can hope to detail in graphics, let alone follow casually. However, this here details what I have learned since this morning. Nothing too fancy, just mapping out some places to show just how far American, British, and French warplanes are flying to reach Libya. Then what aircraft are being used, at least that we know of, what ships are in the blockade and lastly who supported the Resolution 1973.

By Monday we shall surely be seeing further attempts by news and media agencies.

After being inspired by the Europe from Europe maps, last night I created a map of the United States, as seen by someone from southeastern Pennsylvania.

In honour of St. Patrick’s Day, I felt like clarifying a few things… 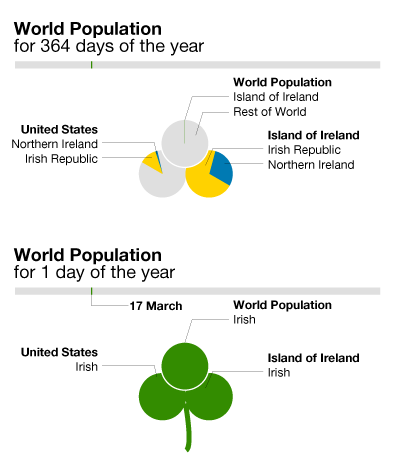